Harvard Grad, Working Mom and C-Suite Executive Wants Women in Science to Say, “I Can Do That Too” 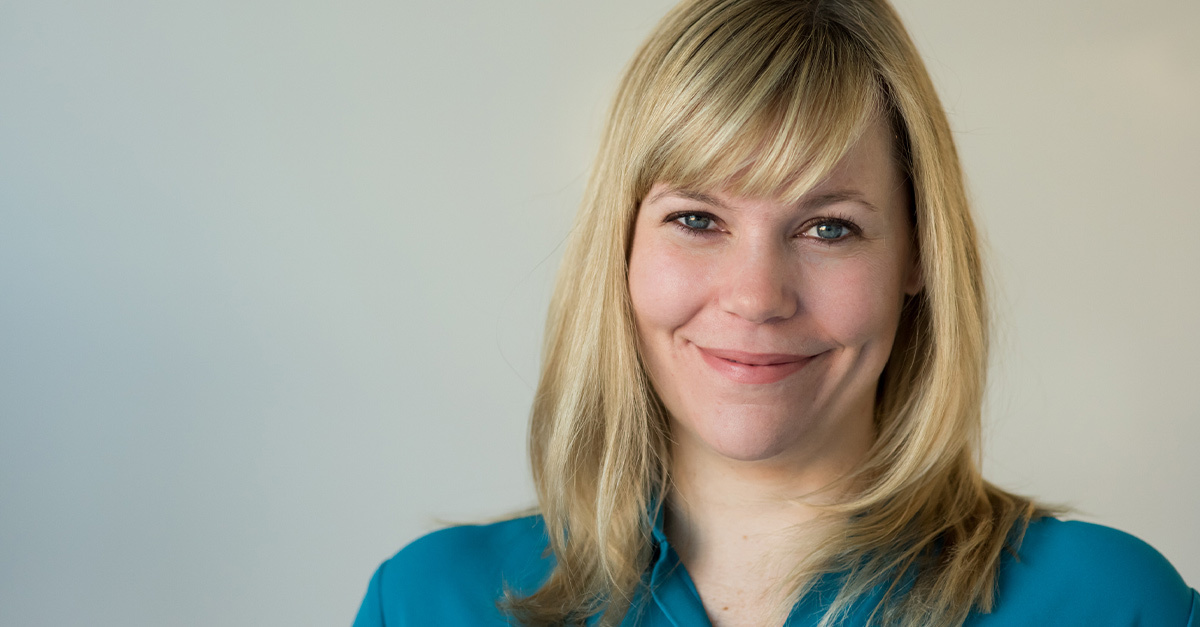 To celebrate our firm’s 35-year history in executive search, The Alexander Group is reaching out to a several of the outstanding candidates we’ve recruited. This month, we interviewed Kate Haviland, Chief Operating Officer at Blueprint Medicines.

Kate brings an impressive breadth of experience within the biopharmaceutical industry, encompassing business development, commercial and strategic planning, and program management. Kate joined Blueprint Medicines as Chief Business Officer in 2016, and assumed the Chief Operating Officer role in February 2019. She earned a B.A. from Wesleyan University with a double major in Biochemistry/Molecular Biology and Economics and an M.B.A. from Harvard Business School.

What challenges did you face when you assumed the Chief Business Officer role?

The biggest challenge was taking on a role with such a breadth of day-to-day responsibilities. My role encompassed business development, corporate strategy, investor relations, public relations and corporate communications. These are all functions in which I’d held leadership roles; now, however, I was not responsible for one of those functions, but all of them. To be successful in such a wide-ranging role, you need to have a team you trust, and you need to think very purposely how to empower and build that team. A lot of my role was supporting and managing the people who worked with me so that they would be encouraged to make decisions autonomously.

Three years later you were promoted to Chief Operating Officer. Describe that transition.

Assuming the COO role was primarily a result of our business growing and becoming more complex. I had taken on additional responsibility over time as Chief Business Officer—I had functions such as the Information Systems group now reporting to me, and I took on responsibility for the international team. The role essentially evolved into a COO role. My principal goal is the same—grow a business that I am excited about—but now my role encompasses more geographic and functional diversity as we bring in more people and expertise to move the company forward.

What has changed since you joined the organization?

We have almost quadrupled our size since I joined, and now we could be on the cusp of having a commercial product. When I joined the company, we had just opened our first clinical trial. Now, as of August, we have our first New Drug Application (NDA) accepted for review by the U.S. Food and Drug Administration (FDA). The evolution has been incredibly fast. In the world of medical science, to file your first NDA less than four years after treating your first patient is just extraordinarily fast.

The challenge in my role has been to grow the organization and add capabilities that can help bring these programs forward as they mature so quickly. Every year there are new functions or capabilities that we have to build or quickly outsource. For example, I used to have the U.S. commercial team reporting to me. At the end of last year, we decided it was time to hire a Chief Commercial Officer to take on that responsibility. It was the right time to bring in someone who could really focus on that area with a deep expertise.

Every year has been an evolution. We get used to taking on new things and then giving them away and letting someone else take it to the next level. It's a dynamic environment where no day or week—or year—is the same.

The culture is one of the things that attracted me to Blueprint. This is a complex business and you need lots of good brains around the table. We have incredibly smart people who are passionate about our mission and our opportunity to significantly impact people who have cancer or rare diseases in their family. Sometimes, assembling a team of type-A people can cause collaboration to suffer. Not at Blueprint. We all share the view that everyone here is better at something than everyone else. Every single person brings significant value.

That diversity of thinking makes us stronger and distinguishes Blueprint from other places I've worked. We encourage people to share thoughts and not stay in their lane; that is always going to make us more than the sum of our parts. The trick will be to protect and maintain that culture as we keep growing and diversifying geographically.

What is the legacy you want to leave behind at Blueprint Medicines?

I’ve seen women drop out of the leadership pipeline—especially in bioscience—before they get to more senior levels. Is it because they don’t see enough women in these executive roles who are role models? I try to combat that by mentoring women here at Blueprint as they think about developing their careers and which steps to take.

In the three years I've been with Blueprint, I've had two children. I've been able to balance motherhood and have a successful, robust career. It’s not always perfect, but I find it highly satisfying. I share openly with some of the younger women here what has worked well and what, in hindsight, I could have done better. I think having that kind of connection with a woman who is in a C-Suite position allows people to envision themselves there. I want women in the company to look at me and see how far I’ve been able to take my career. I want women to look at me and say, "I can do that too."

What advice do you have for up-and-coming executives?

Believe in yourself. Don't limit yourself to what you have done or what you know now. Surround yourself with people who support you—people you can talk to and learn from. Have the confidence to ask questions; don’t think that you have to know everything.

So many people limit their own opportunities before anyone else has a chance to limit it for them.

What is your interview style when meeting with a prospective employee?

By the time I'm meeting with a candidate, their technical merits or their ability to do the job have been vetted, so I'm very conversational. I want to evaluate the agility of their thinking. How do they evaluate risks? How do they exercise judgment? How do they work with others? What is their communication style? It's less about their competency for that specific role and more about who they are as a person.

This is critically important to a company that is small. If we want to continue to be more than sum of our parts, we need people who can make decisions, who can collaborate, who can listen to various different points of view and incorporate that into their thinking, and do all of that seamlessly. These are the types of things I look for.

Do you have a go-to interview question?

I always ask people, what about this role makes you nervous? Where's the stretch? There are elements of any job that you should be able to do in your sleep, but there should also always be elements that make you nervous. That means you're pushing yourself; that means you're getting the opportunity to stretch and learn. I want every candidate I see to have a view of what that is for them in a role at Blueprint. If it's not there, then the longevity of the person in the role is also in question. We invest in people. I don't want them to be in the role for just a year, right? I want them to be challenged by new experiences and growing as a person.

How do you maintain work-life balance with two young children at home?

The idea of work-life balance is a bit misleading. On any given day, you're trying to achieve a number of different things. Some days you're tilting in one direction; some days you’re tilting in another. It’s never in balance. And that’s okay.

I love being a working mom. The energy I get with my family is different than the energy I get here in the office. It's nice to be able to switch between those energies. It's nice to use your brain differently in both of those venues. (Although my three-year-old is becoming quite a good negotiator; he's definitely drawing on my negotiation skills.)

When I leave the office and get home, I'm there for dinner and bath and bed time and I don't look at work-related stuff until later if I need to. If I don't need to, then I don't. I stay fairly disciplined about that to make sure that when I’m at home, I enjoy the moments with my family. When I’m at work, I'm thinking hard about what we're doing here, what we're trying to achieve and supporting my team.

That shift in energy is invigorating for me. In a moment when you feel tired by one or the other, the shift between the two reinvigorates you again.

That’s been harder, especially in the last few years because my kids are so young. But I certainly try. I find time to exercise early in the morning. In the evenings, I’m able to spend time with my husband chatting with him about the kids, our day, and what he's up to. I'm someone who thrives on interaction so I usually prefer to spend that time talking to him, rather than reading by myself or something like that. I’m a classic extrovert; I draw energy from other people.