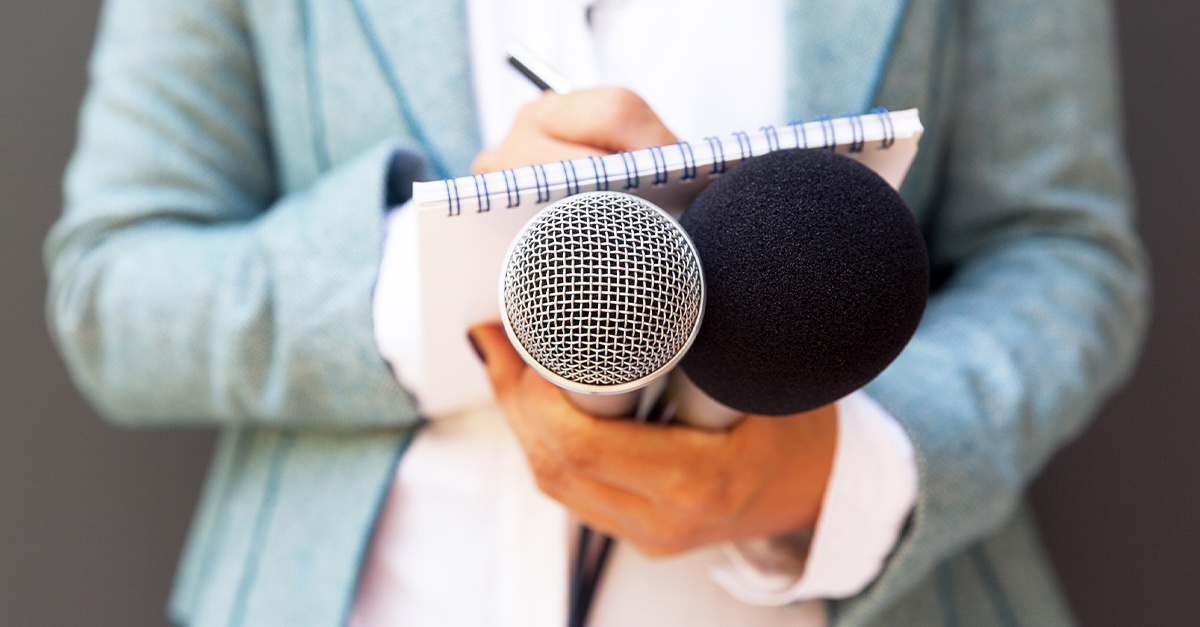 Interviewing is a skill, and not an easy one to master. There’s something new to learn every time you sit down across a desk, share a cup of coffee or connect across an ocean via FaceTime or Skype for an interview.

In my 13 years in TV news, I have had the opportunity to interview thousands of people from all walks of life—politicians, celebrities, criminals, grieving families, heroic first responders—and no two interviews were the same. Even so, there are methods, models, techniques and tips that can be applied to bring out the best, or, in some cases, to (necessarily) discover the worst, in people.

Executive search involves interviewing a different set of people than TV news, of course; and the individuals we interview are generally happy to speak with us, seeing us as the gatekeepers to their next career move. But we still need that focus: bring out the best; weed out the worst.

Here are a few interview techniques I’ve perfected as a journalist:

1. Don’t be afraid to ask offbeat questions and catch your interviewee off guard.

Everyone comes to an interview with a script, rehearsed answers, and a determination to make the interview follow the direction that best suits them. Get them off script.

In my previous life, celebrities were the worst offenders. Having conducted hundreds of red-carpet interviews, every actor or director comes with a handful of sound bites that they’ve been given by their handlers. So instead of starting off with, “Tell me about your role” or “how difficult is it to transform into that kind of monster?” I would often ask something they weren’t expecting driven by the headlines of the day: “Is the #metoo movement changing Hollywood quickly enough?” or “Where do you stand on equal pay?”

In executive search, that translates to questions, such as “What has been the hardest time in your career?” or “What is a lesson you’ve learned in the past year?" I had one client who asked candidates how much sleep they got or the last book they had read.

I had a client who asked candidates how much sleep they got or the last book they had read.

By starting with something completely out of the blue you can shock your interviewee out of the script they have in their minds. Don’t be afraid to throw them off.

2. Be empathetic; realize that your subject is often under stress.

While some people need to be challenged, others need to be drawn out. As a journalist, I would invest more time with families who just lost someone to a terrible accident or crime, or families who’d lost everything in a wildfire or hurricane.

Some candidates also have great potential, but need more time to calm their nerves and reveal their best selves. As an interviewer, it is our job to accurately assess a candidate, even if that requires patience and some extra time.

3. Make it a conversation, not an interrogation.

Early in my news career, I covered the bust of a large marijuana-growing operation in a small town in Arkansas. We knew that the grower had been released on bail, and I wanted to see if we could get him to explain his side of the story. After knocking on dozens of doors in the neighborhood, we found our subject. We approached him conversationally and—to our utter surprise—he invited us to the back yard to show us where the police had been. It was quite the operation: The entire backyard was equipped with rows and rows of planters and hydroponic systems; the scent of marijuana was still in the air. I asked him what he had been growing, and he emphatically replied, “I thought they were tomato plants!” It made for some of the most entertaining TV I have ever produced.

I asked him what he had been growing, and he emphatically replied, “I thought they were tomato plants!”

Had I adopted the more aggressive approach, chasing this man into his home with a camera and a microphone, he would have slammed the door, and we never would have had that exchange (which later helped the police in their investigation).

In the interview process, whether it’s with an alleged illegal drug dealer or an executive, engaging your candidate in conversation and making them feel comfortable from the beginning is crucial. The more at ease your candidate is—even if they’re lying, as I believe my ‘tomato plant’ interviewee was—the more authentic the individual is going to be.

Long-winded questions, with sub-clauses that meander this way and that, and pose one question while over-riding it with another slightly tangential point (think last week’s Congressional hearing with special counsel Robert Mueller), while trying to circle back to the original thought, leaves everyone confused and muddled. Just ask the question. One at a time.

5. Not everyone wants to tell the truth. We have to find it.

Have you ever met a politician who wanted to tell the truth, the whole truth and nothing but the truth? Neither have I. As a TV reporter, I couldn’t call any of the countless politicians I interviewed—Republican or Democrat—a liar on-air. But it was my duty to push them as much as I could, to put them on the spot, to call them out in a polite and probing way. It’s a balance of rephrasing the question and, if the subject tries to divert attention, re-directing the focus back to the initial point (even saying outright ‘that’s not the question I asked’ if necessary).

We all know candidates interviewing for high-level positions sometimes shade the truth, pad a résumé, highlight their strengths while trying to bury their weaknesses, demur over gaps in their resumes, etc. Everyone is a politician, to some extent, in an interview, selling themselves above all else. It’s our job to probe; it’s our job to get to the true character behind the facade.

All good reporters have a sixth sense that tells them when something is amiss in a story. Good recruiters are no different. If an answer does not ‘feel correct’, follow your instincts and probe a little more.

From time to time, we interview candidates who have had a short stint in a position. Did the candidate leave because it was an uneasy fit or a bad experience, or was the company in financial trouble?

I follow up with questions, such as ‘What would your manager say about you, given your short tenure?’

My colleague Jane Howze, Managing Director at The Alexander Group, says, “I usually have a sixth sense about whether the person was asked to leave, or whether he or she left on their own accord. I follow up with questions, such as ‘What would your manager say about you, given your short tenure?’"

Many companies today have introduced behavioral interviewing processes where the interviewer asks specific questions that test how a candidate behaves in a certain situation. In our opinion, this process, while beneficial, can rob the interviewer of the opportunity to pop a surprise question (as in tip #1 above) or to rely on the intuition that steers questions in a more relevant way.

Instead, the next time you interview, think like a journalist, and get the full story.