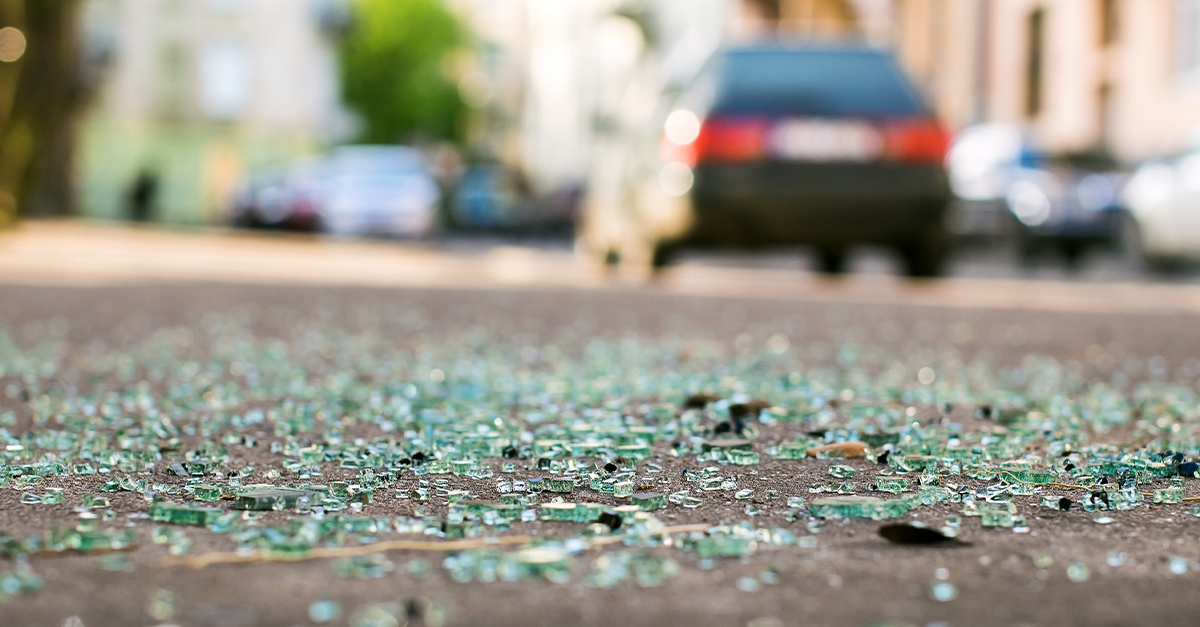 In recent years, mental health has emerged from the closet to be openly discussed in the business world. Corporate America talks about it in terms of work-life balance, burnout and managing stress, while offering resources along with advice. Yet I have never seen much written about post-traumatic stress disorder (PTSD).

Two years ago, I was involved in a horrible accident. It is an accident that changed my life in every way. I promised myself that once I got far enough away from it to gain perspective, I would write about it and what I learned.

It was one of those wonderful spring nights in Houston where the sun sets at 7:30, humidity is low and it is pleasantly warm—the days you just want to be outside. My husband and I walked to dinner two blocks away from our home as is often our habit. There were lots of people walking the streets, all enthused by the wonderful weather.

After dinner, we crossed the busy intersection of Kirby Drive with people crossing ahead and behind us. Suddenly, I was thrown in the air by a car that had run a red light and hit me. Time stood still, and out of the corner of my eye I could see my husband being thrown in the air as well. My husband lay dazed in the middle of the street. I thought he was dead. I was also lying in the intersection, covered in blood. He later admitted he thought I was dead. Fortunately, other cars stopped and formed a circle to protect us from being run over a second time. The driver of the car reluctantly stopped, but did not get out. At first I could not move my legs. There was a large tire track where the car had run over my right foot. An ambulance arrived within ten minutes and, with sirens blaring, whisked us to the emergency room.

After spending the night in the emergency room, I received my diagnosis: two broken legs along with a deep cut above my eye that required surgery. My husband was battered and bruised. I avoided leg surgery by agreeing to not put weight on my feet for two months and using a wheelchair. Healing my broken legs and my bruised and battered face would be the easy part.

The following day, I posted details of my accident on Facebook, assuring friends that I would be okay and vowing to get back to work the next week, wheelchair and all. Along with numerous messages of love and concern, there was a message from a therapist friend that said, “Jane, I strongly recommend you and your husband get PTSD counseling.” I wondered what he meant because I was more worried about how to get from my wheelchair into a shower. It didn’t take long to find out.

The next day, during a torrential downpour, we embarked on our first of many doctors’ appointments. My husband and I panicked. We knew what we could see, but didn’t know what we couldn’t see—just like in the accident. Was a car going to come out of nowhere and run us down? Would we be unexpectedly rear-ended? Not surprisingly, it took us 90 minutes to make the six-mile trip. I was shaking and in tears.

My emotions were not limited to car rides. As I recovered, I sat in my wheelchair in our home—a 17th floor high-rise—where I looked out on the scene of the accident. My heart raced and I broke out in a cold sweat as memories of the accident engulfed me—the sound of metal hitting my leg, the nearby pedestrians screaming for the driver to stop, and the claustrophobia I felt riding in an ambulance strapped to a spinal board. These thoughts consumed me.

I knew I needed help to deal with my emotional injury. The first order of business was to learn what PTSD is and what can be done to treat it.

Most people associate PTSD (post-traumatic stress disorder) with soldiers returning from combat. But it is broader than that. PTSD is an emotional reaction to traumatic events (accident, natural disaster, violence, assault) that can take the form of nightmares, heightened anxiety, avoidance, memory lapses and intense physiological reactions to reminders of the trauma such as rapid heartbeat and sweating.

Studies indicate that 3.5 percent of the U.S. population will experience PTSD in a given year. It can happen immediately after the event or years later. People of any age, gender, ethnicity and background can experience it.

PTSD can be mild. One friend was in a bicycle accident and ended up in a ditch with no one to help her. While she does not have nightmares about the accident, she no longer rides bicycles. The accident has not had any emotional impact except depriving her of the joy of bike riding. However, it can also be severe and affect the quality of one’s life. We all have heard stories about people who were sexually abused as a child and in their adult years start having recurring nightmares and anxiety so severe it affects their ability to sustain relationships.

There are many ways to treat PTSD that include medication, traditional therapy and specific targeted therapies. Targeted therapies include Prolonged Exposure Therapy which teaches individuals to approach trauma-related memories they have been avoiding, Cognitive Processing Therapy which teaches people to identify how the traumatic experiences have affected their thinking and entails consciously modifying disturbing thought patterns that interfere with the patient’s life, and Eye Movement Desensitization and Reprocessing which involves the patient revisiting the trauma in bits and pieces with alternating stimuli (eye movement or tapping) in a structured session.

In my case, I did not want to take medication and knew that traditional therapy—talking about my childhood—would not help. I googled the Veteran’s Administration website which has considerable information about PTSD and treatments. One referral led to another and to yet another, and I found a specialist who was close to my home (another positive since driving long distances was not in my traumatized husband’s wheelhouse, and I could not drive). My therapist specialized in Eye Movement Desensitization and Reprocessing (EMDR).

My therapy involved sitting face to face with my therapist. In her calm and soothing voice, she asked me to describe the accident—not only what happened, but what I felt in my body as I described it. She would ask me to describe the negative feelings and to rate the amount of distress I felt. She did this while instructing me to follow her hand with my eyes or while tapping on my arm or leg.

I’m not sure why the eye movement works. One Harvard researcher hypothesizes that, for reasons connected with the biological mechanism involved in Rapid Eye Moment (REM) sleep, internal associations arise and the client begins to process the memory differently and from an empowered place. My therapist, Jennifer Christian, states, “The body is made to heal; EMDR taps into this healing process, calms the nervous system, reduces the level of distress when remembering, and helps us to reconnect with ourselves.”

Each time I visited her and processed the memory, I started to see it differently, and my distress lessened. From being scared and angry, I started thinking, “yeah, this happened, but you know what? I am okay. I survived. I am resilient.”

How long does the therapy last and does it work?

One of the benefits of EMDR therapy is that it is not something you do for years. Most protocols require eight treatments. After five sessions, I felt like my old self and saw the accident as just an unfortunate alignment of the stars rather than an event that would define who I was.

With the focus today on mental health, perhaps corporations should investigate whether this treatment would be beneficial for depression, low self-esteem or even work-related stress. One of the many lessons I learned from my accident was that talking about mental health, and asking for help, were part of the healing process.

Let the talking and healing begin.