Looking Back as a New Decade Begins: 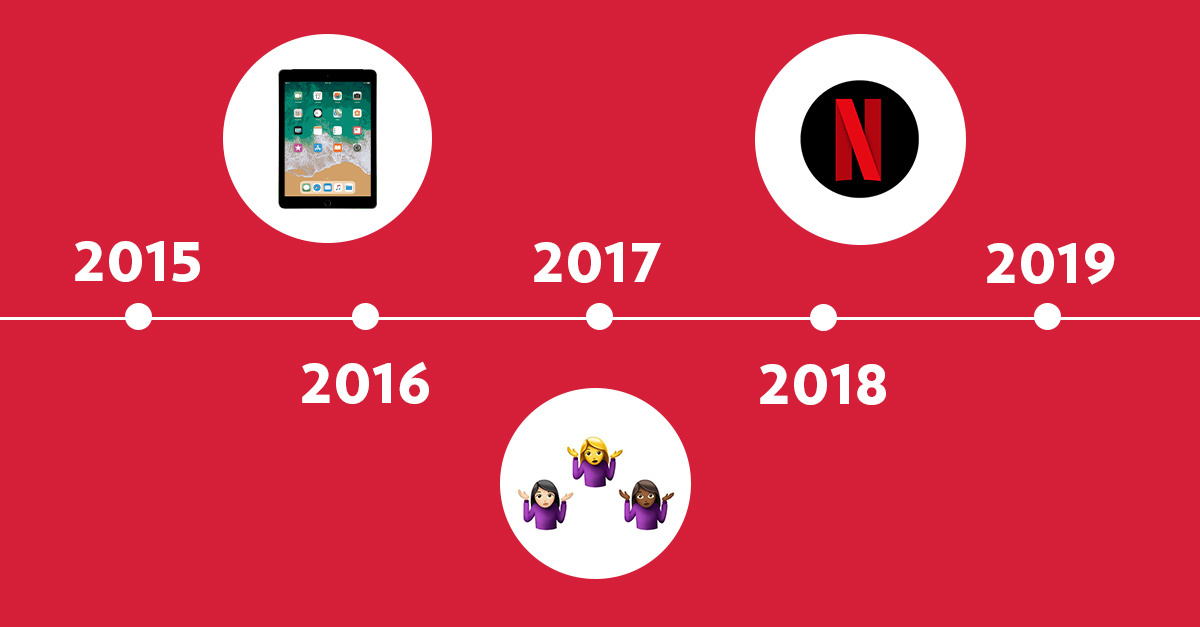 How has your life changed in the last decade? Many of us have watched children and relatives grow up; most likely we have all lost someone we loved. Some of you have started new jobs while others have ended a career or entered into “re-wire-ment.”

Now take a wider view: How has our world changed in the last decade? At the beginning of the decade, the United States was recovering from the worst economic downturn since the Great Depression. We had withdrawn from Iraq, learned what WikiLeaks was, and were cleaning up the Deepwater Horizon oil spill—the worst in U.S. history.

Ten years ago, no one could imagine Brexit; iPhones held less than 20 percent of the global cell phone market (now it’s more than 50 percent); and phrases like “fake news” and “alternate facts” did not live in our vernacular. A few things I thought were introduced in the last decade—such as the iPhone, Netflix and Bitcoin—were actually introduced much earlier but exploded during the last decade.

Change usually happens in incremental steps. It is only when you reflect on the totality of the changes that you realize how much we take for granted; and, yes, how much lies ahead.

Facebook friends: What are the biggest changes of the last decade?

I asked my Facebook friends what they believed were the most notable changes of the last decade and, as expected, the 155 responses I received were as wide ranging as my friends. My social worker friends cited the opioid epidemic. Finance types mentioned Zelle and Venmo (paperless apps to transfer money). Political aficionados cited the Supreme Court case of Citizens United v. Federal Election Commission; the changing political landscape; and the initiatives, protests and legislation relating to climate change which has garnered intense media coverage.

The most popular comment revolved around the exponential explosion of technology. Others spoke of healthcare progress—strides in curing diseases as well as using technology to monitor health. And, of course, there are the cultural and societal changes: the first woman candidate for President, the #MeToo movement, and the impact of changing social norms.

The following list is not complete—and I must admit to not knowing what some of the responses meant (what’s a “trigger warning”?)—but it is a thought-provoking, informal survey of the innovations, shifts and advancements of the past decade.

We’ve seen dramatic changes in public opinion since 2010: Support for same-sex marriage surpassed opposition in the 2010s, and Americans increasingly support the legalization of marijuana (67 percent of U.S. adults, according to the Pew Research Center). Specifically, my friends mentioned these notable alterations to American culture and society:

The most significant development for TV was the Smart TV which paved the way for companies like Netflix, Hulu, Amazon Prime and now Disney+ to stream and produce their own programming. TV producers can now tell more complex stories without some of the limitations of network TV. The “House of Cards” series, released in 2013, became the first online-only web TV series to earn major Emmy nominations. Streaming services also introduced international content, such as Germany’s “Babylon Berlin”, Spain’s “Cable Girls” and UK’s “Broadchurch” to American audiences.

Possibly the most important biomedical story of the decade is the emergence from relative obscurity of a gene-editing technology called CRISPR. Using this process, scientists can erase and insert bits of DNA in living organisms which has the potential for curing many genetic diseases.

Other developments from the past decade:

Technology has introduced a global sea change in the way we communicate, do business, travel and shop. Along with the improvements come challenges: Our laws have not kept up with the changes in technology, and we will need to enact laws in the near future to address privacy and ownership of online data, as well as how to prevent crimes committed using new technology.

Consider these innovations, which all came about in the past 10 years:

What Does This Have to Do with New Year’s Resolutions?

We’ve taken a look back; now let’s move forward. As we enter a new decade, take time to reflect and plan. The mind-boggling amount of change in the last ten years emphasizes the need for all of us to embrace change. My advice: