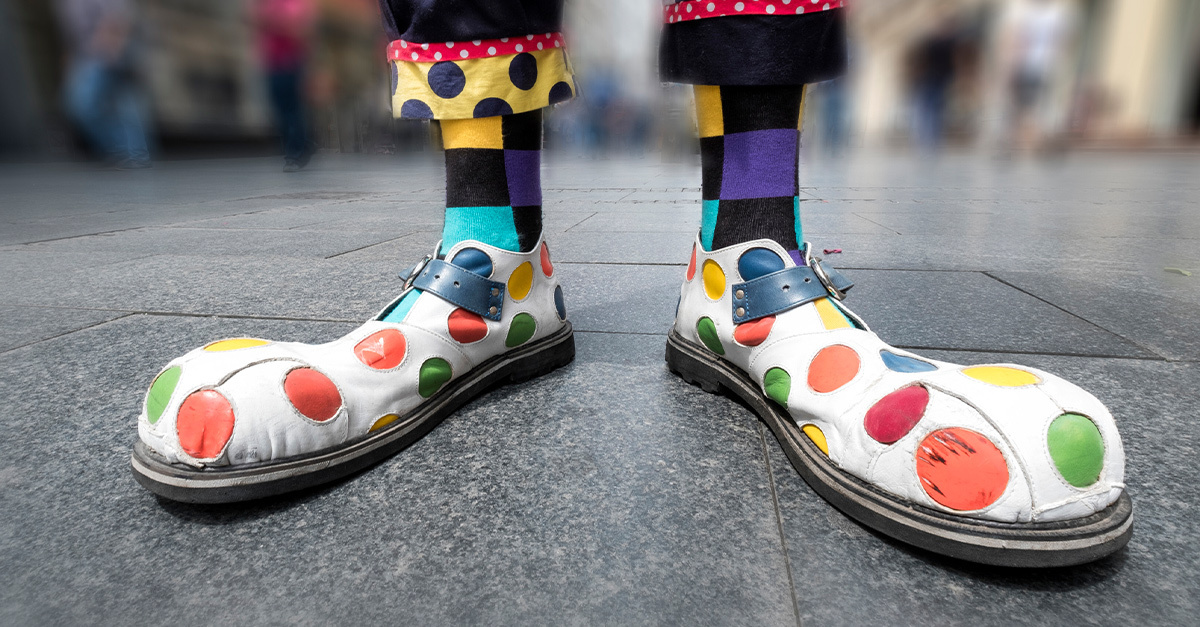 To celebrate our firm’s 35-year history, The Alexander Group is reaching out to several outstanding executives we have recruited to ask about their lessons learned, leadership style, and the legacy they hope to leave behind.

This month, we are pleased to feature Phil Rudolph, recently retired Executive Vice President and Chief Legal & Risk Officer at Jack in the Box. Phil joined Jack in the Box in 2007 and quickly went to work establishing his department as a business partner and a problem solver. Phil spoke to us from his office the week of his retirement, and—with his signature humor and aptitude for storytelling—looked back on his 13 years at Jack in the Box and the legacy of his long career.

You joined Jack in the Box as General Counsel and rose to Chief Legal & Risk Officer, with the General Counsel positions reporting to you. What characteristics or skills make a strong general counsel?

I have a somewhat humorous response and then I'll get serious: General counsel are like clowns. It's a big job so it requires really big shoes. You need to be able to juggle a lot of things at once. You have to have a great sense of humor. And people find you scary.

Having said all of that, first and foremost, you need to be a good listener. You need to understand that your role as part of a business is to help clients and customers achieve objectives. Business partnership is key, while never forgetting that you're wearing the lawyer hat as well.

General counsel are like clowns. It's a big job so it requires really big shoes. ... And people find you scary.

In-house lawyers can often be perceived by their business partners as obstacles, but great general counsel are not obstacles; they're problem solvers. I once heard another general counsel nail it by saying that he would rather get to a slow yes than a fast no. You want to help figure out ways to enable your clients to do what they want to do, obviously within the bounds of what's appropriate.

Finally, and most importantly—and this is true of any great leader—you have to have empathy and self-awareness. I think they are the two most critical characteristics of a good leader.

Tell me what you mean by self-awareness?

Being vulnerable—and being comfortable and open about your vulnerability—is not only appropriate for a good leader, it's critical. People are smart; they know what you do well and they know what you don’t do well. If you pretend to be good at everything, you lose credibility and effectiveness. Instead, acknowledge your strengths and weaknesses, and surround yourself with people who have those skills that you don't have in great quantity. You can't be a good leader if you're not willing to back-fill your weak points by surrounding yourself with people whose skills complement yours.

People don’t always like discussing ethics. It can be seen as 'judgy'—some 'holier-than-thou' goofball telling them what they should and should not be doing.

I think of empathy as the flip side of that coin: It's as important to care about and know the people you work with as it is to know yourself—to know what motivates them, what gets their juices flowing, what they're good at, and where they're challenged—so that you can help them maximize the fulfillment, growth and satisfaction they get from their job, and set them up to be successful throughout their career, whether it’s in their current role and company or in a future role or a different company.

You mentioned that general counsel can be scary. Why do you think that’s so?

As discussed earlier, clients and business partners often perceive the general counsel as an obstacle to the achievement of business objectives. But beyond that, the nature of our role can make us intimidating to business people, because we are perceived as the arbiters of right and wrong, and people can find that off-putting. One of my obsessions at Jack in the Box has been promoting a culture with the highest possible ethical standards. People don’t always like discussing ethics. It can be seen as “judgy”—some “holier-than-thou” goofball telling them what they should and should not be doing. When people see the lawyer and/or the ethics person walking down the hall in a lot of organizations, they run for the metaphorical hills. I have worked hard throughout my career—and in particular during my time here at Jack in the Box—to demystify these roles, to be extraordinarily transparent about what we do as lawyers, and what I do as an ethics geek (as I call myself).

One of the ways I do that is story telling. Every holiday season, I send around what I call my annual ethics harangue. I sent my thirteenth and final one this past December—filled with bad poetry and corny humor, but all with a point and a purpose. Based on the feedback I’ve received, my target audience (company employees and executives) have looked forward to these each year, and appreciate my efforts to take dry material and make it engaging. I have also created over the years live ethics training programs that are similarly humorous and engaging, while delivering important, substantive content. While people may still run away when they see me, this is not from feelings of fear or intimidation.

Tell me about your career path. Was it straightforward?

My career has been far from linear. I spent the first 15 years at the law firm Gibson Dunn. I then took a position as Vice President and Deputy General Counsel at McDonald's. This was a huge leap of faith for me; I thought I was going to spend my career at Gibson Dunn. I had no real interest in going in-house nor in moving back to Chicago. When I got the call about the position, I thanked the recruiter but told him firmly no. I went home that evening and jokingly asked my wife and 12-year-old daughter how they felt about maybe moving to Chicago? My daughter replied, “If it means you'll be home more often, I'll move anywhere.” The next morning, I called the recruiter back, and soon thereafter I joined McDonald’s.

This was not something I ever expected or dreamed I would do. Yet it was probably the most extraordinary experience of my career.

My tenure at McDonald’s was particularly rewarding because, in addition to my day job in the legal department, I led the development of a human rights program for Happy Meal toy production in China. McDonald's is a huge presence in the toy world, and I was asked by a significant licensing partner of McDonalds (a major global brand whose properties at the time were the centerpiece of our worldwide Happy Meal program) to review the way Happy Meal toys were being produced—and specifically to build a program to define and audit human and labor rights expectations around the treatment of toy factory employees by factory owners and managers. With the blessing of the McDonald’s CEO and General Counsel, I did just that. This was not something I ever expected or dreamed I would do. Yet it was probably the most extraordinary experience of my career.

When I left McDonald's, I had a decision: return to Gibson Dunn and be an antitrust lawyer again or use my Happy Meal experience to consult in the area of global ethical sourcing. I chose the latter, working first with a law firm in D.C., and then with an ethics consultancy based outside of Chicago. I spent several happy years consulting in a variety of industries, including jewelry, apparel and electronics. Then the Jack in the Box opportunity came along. I knew fast food, I'm a California native, and my wife and I both had elderly parents in California. It was an easy decision.

Did you have mentors who influenced your course?

I had many great mentors along the way, formal or otherwise—ranging from the first senior partner who took me under his wing at Gibson Dunn to a group of senior antitrust lawyers who were part of a joint defense group on a case I was working on in Washington, D.C. I was just a kid and learned a lot from those guys.

My first boss at McDonald's was demanding but brilliant. He showed me the impact that a general counsel can have on an organization. And the two CEOs with whom I've worked at Jack in the Box have been great leaders who led by example and taught me how important that is.

Tell me how your role has changed at Jack in the Box since you joined.

I don't think the role has changed dramatically, although the nature of the work changes from time to time. The biggest change is the need to increasingly do more with less. Shareholders are focused on costs; they don't want companies spending money on things that don't make money. Legal departments are cost centers, not profit centers. We've had to learn to be more efficient, to do more with less.

The nature and use of technology have also evolved since I first got in this business—as a tool, as a change agent and as a risk. Managing how technology is used and the risks created by technology is relatively new to the world of in-house law. But fundamentally, the job has always been about anticipating, avoiding, mitigating, and solving risks and problems, and that really hasn't changed. It's just different risks and problems.

What advice do you give young professionals that are seeking to become a general counsel?

My advice is to walk through open doors. I look back on my career, and I never dreamed I'd do all the things that I did. I accomplished these things because when doors opened, I walked through them. When an opportunity—a smart opportunity—presents itself, take it.

What influenced your decision to retire?

Like many companies have done recently, Jack in the Box engaged in a fairly significant cost-cutting exploration a few of years ago. As part of that initiative, it became clear to me that I was a very expensive resource with a very talented number two waiting in the wings. I'd always contemplated stepping away from the day-to-day when I turned 60. I'm now 61. It was time to make room for the next generation of leaders in the legal department.

What's next for you?

What's next? I'm going to recharge my batteries, get into a regular exercise regime, and spoil my 19-month-old granddaughter.

I will be exploring the possibility of serving on one or more boards of public companies or private equity firms. I've been on the board of an L.A.-based non-profit, The Alliance for Children’s Rights, for the last decade, and I'm extraordinarily proud to have that opportunity. I also serve on the Executive Committee for the Corporate Directors Forum, and will chair the board for the next two years, starting in May 2020. And I'll do some writing because I’m passionate about writing.

Finally, I'll do a little traveling with my wife, and I will continue my endless and frivolous pursuit of a not-embarrassing golf game. Let’s call that a stretch goal.

NOTE: This interview took place on February 25, 2020. A few weeks later, COVID-19 had reached American shores and was spreading rapidly. Rudolph himself got very sick and tested positive for the coronavirus. We are happy and relieved to report that he recovered fully, and is now enjoying retirement from his southern California home, with his trademark good humor intact.