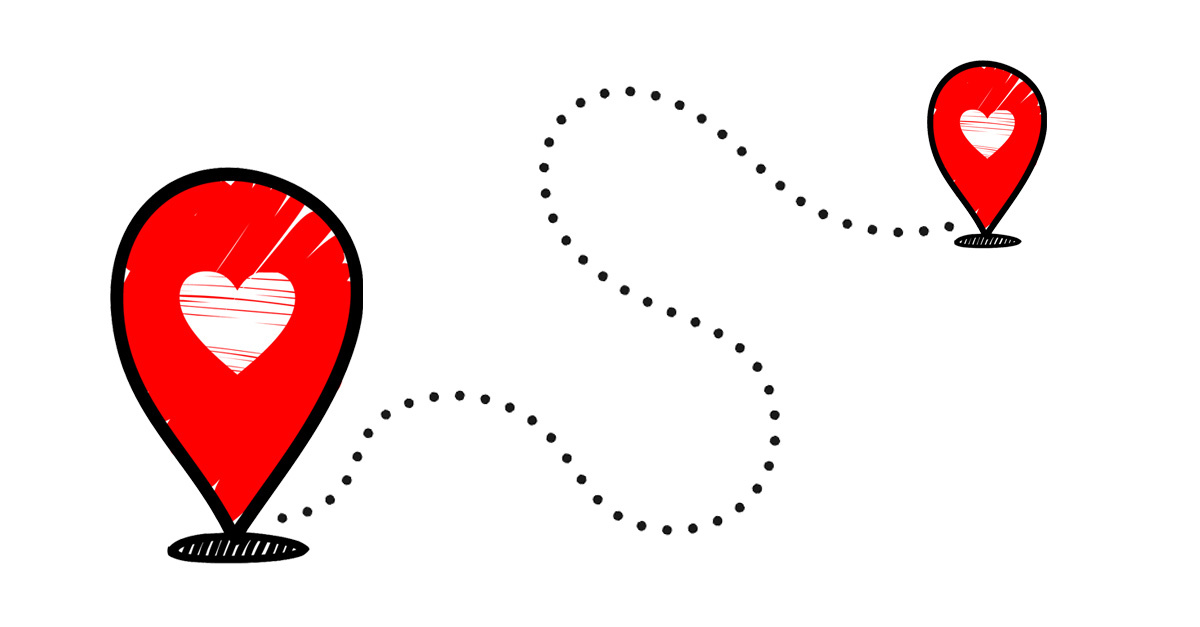 For the past few months while interviewing candidates, a common theme has emerged. I’ve noticed more and more couples living apart, and it doesn’t appear to be a bad thing.

A few weeks ago, I interviewed a candidate for a Chief Operating Officer position in California, which would require her to relocate from New York. The candidate, a senior executive at a global Am Law 100 law firm, had been based in New York for over decade. I asked her if she had any concerns about relocating to the West Coast.

“Well,” she said, “My husband and I have always lived apart. If I move to California, we would live together. I’m a little worried about that.”

It’s probably the exact opposite of what I would have expected an executive to say when faced with the prospect of relocation, but it reflects a growing trend in dual-income households: Commuter marriages are definitely a “thing.” Couples are more often choosing to divide their time together for the sake of pursuing their individual careers.

According to a 2017 report, an estimated 3.96 million married American couples were in long-distance relationships. The reasons are many: cost, independence, an unmissable opportunity, or simply personal preference. For some couples, the financial upside can be enormous.

However, a Reuters report notes that commuter marriages can also be more costly: For example, there’s the cost of maintaining multiple homes, and the possibility of multiple state taxation. But when it comes to transitioning to a new role, whether by force or by desire, the most ideal opportunity might be elsewhere—and it might be the only economically feasible option.

“I think it came down to the realization that, with the economy at the time, I was required to find a new position regardless of location,” Steve, an executive director for a nonprofit, said. He told me of his decision to transition to another role which ultimately required him to move to Connecticut while his wife, a nurse, stayed in Ohio.

“I probably could have found something in Cleveland, but it wouldn’t have been a position which would have given me the most personal satisfaction. It would have been out of my area of expertise and a step down in responsibility. The position was a really great opportunity, financially and professionally.” After having moved to Connecticut, Steve has moved again, this time to Houston for a better opportunity. Meanwhile, his wife still lives in Cleveland.

But even for executives without financial concerns, there are still other benefits that tip the scale in favor of a long-distance marriage. Often, flexibility and independence are needed to achieve success in senior-level positions. A candidate I spoke with recently, attributes her career accomplishments to her nearly two-decade-long commuter relationship.

She and her husband, with whom she has never lived full-time, are conscientious about talking by phone no later than ten o’clock each night, and they don’t go more than three weeks without seeing each other. The rest of the time, however, is hers alone, which has allowed her to devote herself to her career.

“You feel guilty having someone at home waiting for you,” she told me. “Not having that burden gives you so much freedom to do what you need to do. If I am required to stay in the office until eight o’clock, that’s no problem.”

And, she added, her long-distance partnership doesn’t just absolve her of guilt for her job demands; it frees her of certain responsibilities that might otherwise make it impossible to perform her role. “I think it would have held me back some to be in a traditional marriage,” she said. “I certainly wouldn’t have been able to travel to the extent that I did, because I could always without notice get on a plane if I needed to. A lot of people don’t have that kind of freedom.”

On the flipside, though, maintaining a commuter relationship requires its own kind of flexibility. Traveling to see a partner at regular intervals demands some level of cooperation on the part of employers, Steve told me, as well as a particular bond between partners.

“I’ve been fairly fortunate that I’ve had the flexibility and understanding to allow me to travel,” he said. “I’ve been married about 37 years, and almost 30 of those years were spent living together—going into this, we had a very strong relationship. We talk to one another several times throughout the course of the day and in the evening hours. You do what you have to do.”

And the freedom that comes with distance doesn’t limit executives solely to seeking professional fulfillment. Being apart can offer opportunities for personal fulfillment too; it can even strengthen relationships. For almost every executive in a long-distance relationship with whom I’ve spoken, their level of appreciation for their partner has only grown with the miles between them.

“A lot of times, I have to say, we just want to stay home together, because it’s not something we get to do very often.” So, more often than not, we’ll be eating in, and just hanging out together, spending time together. That doesn’t sound very exciting, but it’s precious time.”

Steve agreed. “I think the time spent together is definitely different than it would be living together,” he told me. “We definitely try to make the most of our time together.”

Three Things that Make It Work

“When my husband proposed to me, I said, ‘How are we going to make this work?’ He said, ‘We’ll figure it out.’”

And along with many other commuter marriages, so they have.