A Career Is Not a Straight Line:

A Wandering Path Can Lead to Your Calling 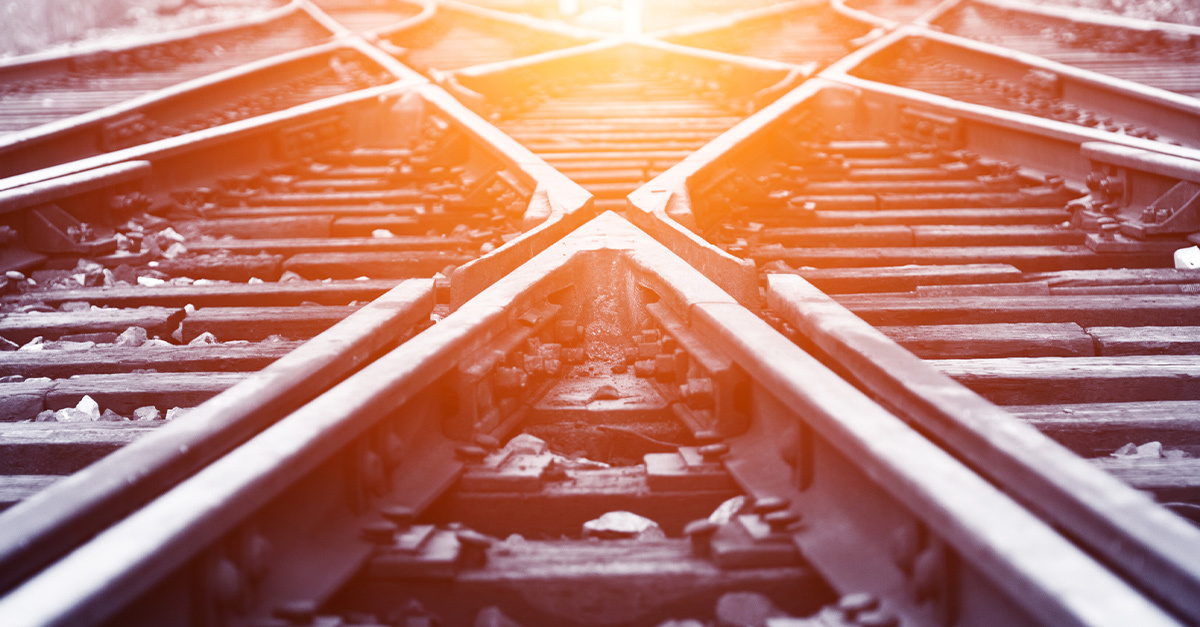 What did you want to be when you grew up: movie star, police officer, astronaut? We start with big dreams as children: a clear calling and a vision, unrealistic as it may be. Then we grow up and, on purpose or by accident, we end up on a life path. Many are fortunate and find their true calling early in their career, but unsurprisingly, there are also many who feel stuck in the path they've chosen.

With the retirement age rising, today's graduates will spend 50 years or more in the workforce. While some say that the average U.S. worker will have seven careers in his or her lifetime, there is actually no consensus or hard data to support those numbers. We've spoken to individuals who admit to embarking on an unsuitable career choice and attribute it to family expectations, a handsome paycheck or simply accepting the first position offered right out of college. Those who pursued advanced degrees confessed that they did not take the time to properly investigate the career opportunities in their chosen field and whether it was an appropriate match for their talents, personality and lifestyle.

Whether it is a conscious decision to make a change, or an irresistible opportunity presents itself, many have found that their career will have a second or even a third act.

While there are many well-known celebrities who have made career changes—think Al Franken, Ina Garten, Arnold Schwarzenegger and, yes, Ronald Reagan and Donald Trump—there are many in the private sector that have reinvented their careers and been successful in vastly different areas than where they started. We posted a query on Facebook and got no fewer than 25 responses. We share some of their stories here.

From CPA to General Counsel to Politician

Christine Jones, former Executive Vice President, General Counsel and Corporate Secretary for GoDaddy, started her career as a Certified Public Accountant. In her own words, she "went from CPA to attorney, to politician."

When you show up on C-SPAN often, and testify routinely in Congressional hearings, people start to say, 'Wouldn't you think about running for office?'

When I asked about the path that led to her current career, she said, "When I first went to GoDaddy, the law governing the internet was very sparse. So, I decided to tackle the need for a framework of law myself. I made it a priority to make GoDaddy a leader in making the internet a better and safer place, especially for children. Over the more than a decade I was there, I spent an enormous amount of my personal time in Washington, DC, developing internet and technology-related policy. I guess, when you show up on C-SPAN often, and testify routinely in Congressional hearings, people start to say, "Hey, you seem to have a knack for this whole policy development thing. Wouldn't you think about running for office?"

Of course, like most people, my initial reaction was, "Absolutely not!" But, after I left GoDaddy, with the encouragement of friends and family, I started to take seriously the recruiting effort to get me to run for office. I made the decision because, through a lot of hard work and a significant amount of good luck, I had achieved a level of success that put me in a position to give back to my community. I wanted to remind my fellow citizens that we call it 'public service' because it's about serving the public." In 2016, Christine ran for Governor of Arizona and later ran for Congress in Arizona's 5th Congressional District. In addition to her work, she serves on the board of directors for her church, as well as multiple non-profit organizations. (Update: Jones currently serves as Chief Operating Officer for the Prostate Cancer Foundation.)

From Lawyer to Television Producer

Steve Glauber graduated from Harvard Law School and worked as a lawyer at National Educational Television (NET), a predecessor of PBS, where he became General Counsel. "At the time, NET presented many documentaries—then a new and exciting form of reporting. It was the heyday of documentaries and independent documentarians such as Maysles, Leacock, Pennybacker and Wiseman. NET had its own large group of filmmakers. As a lawyer, I worked with them on legal issues: privacy, copyright, defamation, etc. I screened their work from rough cuts to finalization. Sometimes I joined them on shoots. What they did seemed so interesting and fun. More importantly for me, what they did seemed doable by me."

Though he had no intention of switching careers, he surprised himself by accepting a job offer as a producer for a New York public television station. That decision led to his work as a producer for CBS News, producing shows like 60 Minutes and Sunday Morning over a career spanning 34 years. In Steve's words, it all turned out to be "great fun."

From Pipeline Engineer to Doctor

Jeff Lee began his career as a mechanical engineer building pipelines, and while he was successful at his profession, he realized that engineering was not a life-fulfilling career for him. He decided to explore alternatives and attended the University of Houston Law School while working full-time.

I was 100-percent dependent on his skills and advice... I wanted that role one day.

An accident prompted his next change of course. He was hospitalized for a sports-related eye injury and found himself inspired by the ophthalmologist who treated him. "I was 100-percent dependent on his skills and advice, and I felt so hopeless. I wanted that role one day."

Jeff went on to graduate from The University of Texas Medical School and began an internal medicine practice. In his own words, "In 1988, the American Board of Internal Medicine recognized the sub-specialty of Geriatric Medicine, and I sat for the first national certification exam alongside all the newly graduated fellowship students. We became the first physicians in Houston and nationally to attain the certification for geriatric medicine. My practice now is in internal medicine and geriatrics with a special interest in Alzheimer's disease and hospice and palliative care. I chose medicine because that was a field that I felt I could impact someone's life and make a difference."

From Teacher to Lawyer to Consultant

Christian Schley has always been a renaissance woman with talents and interests that are much broader than the practice of law. She has pursued at least four careers so far, including private school teacher, a researcher on juvenile delinquency, a lawyer for 25+ years in large law firm and large public corporations, and executive search (including at The Alexander Group); she is currently a consultant.

Talk to as many people as possible. Ask lots of questions and ask for other referrals.

When asked about the reasons for such a wide variety of career choices, she stated, "most of my career moves have been a mix of following long-held or untapped passions tempered by needing specialized education, plus adjusting for my spouse's doing the same.

After 25 years of practicing law, Christian was attracted by the business of executive search which also allowed her to stay close to the legal industry. After over a decade in executive search, several close family members died or became ill in a close period of time. Before her mother died, Christian began to assess what she wanted to be remembered for at the end of her life, and a new career path presented itself.

"So, I went back to school, this time in information as a 50-something year old. I entered the MSIS program at the School of Information at UT in Austin. I rented an apartment, and spent two years commuting back to Houston on weekends, while during the week I absorbed exciting new and challenging concepts and skills, becoming a sponge for everything in information (business, research, and big data analytics; archives; museums; marketing and content strategy; and business records management)."

In the past several years, Christian has become a valued consultant in part because of the wisdom she is able to combine from her prior careers. For those seeking to change careers, Christian's advice is to talk to as many people as possible. Ask lots of questions and ask for other referrals.

From Lawyer to Fireman to Gym Owner

Steve Sulentic is another example of multiple career changes. A graduate of Harvard Law School, he practiced as an attorney for the Disabilities Law Project in Pittsburgh, PA. Steve's career started to change course when he began volunteering with the Mt. Lebanon Fire Department in his spare time. In his own words, "I loved the work: demanding physically, very helpful to other people, and important to the community. When the exam to become a professional firefighter came around, I took it. I did well enough to get a position as a professional firefighter with Mt. Lebanon, and promptly quit practicing law. A lot of my lawyer friends were very jealous! I had escaped the shackles of the law!"

Later, Steve and his family moved to Houston where he taught high school and coached football. "But as I got bored with teaching and leery of complaining parents, I yearned to run my own business. So I purchased an Anytime Fitness franchise location and built, then opened, the gym I've operated for the last four months. I love it—helping people to avoid or cure chronic disease, look and feel better, and be happier as a result—and hope I can make it a success."

And lest we forget, The Alexander Group's Managing Director, Jane Howze, was a banker in her early career and earned a law degree. Upon graduation, she was flattered to be courted by several prestigious law firms but when she actually began practicing law, she was "miserable" and quickly realized law was not the right fit.

Soon after that realization, by chance, she happened to read a Fortune magazine article about executive search that piqued her interest. Although she didn't know much about the executive search industry, she did know that she was skilled in matchmaking, having set up several friends who eventually married. Seizing the opportunity, Jane changed her career direction and co-founded The Alexander Group more than 30 years ago.

What Are the Takeaways from these Stories?